How will Brexit impact Africa and Africa-UK relations?

The UK’s historic popular vote to leave the EU has prompted reflection among a number of analysts on potential impacts on African economies. While many long term political and economic impacts have yet to be determined, Britain’s departure from the bloc has raised questions around how it will now unilaterally define its trade policies with third parties, almost regardless of which “exit model” it pursues.

Some experts consider that “Brexit” could have adverse impacts on African economies, in terms of the type of preference schemes the UK may grant, knock-on trade and investment impacts of economic slowdown and tumbling British pound, as well as potential changes in EU policies in light of London’s role in the formulation of international development policy in Brussels.

Others, however, are of the view that the vote could actually open a new chapter in UK-Africa economic relations with fresh opportunities for African exports and foreign direct investment inflows, and a more focused and independent approach to development aid. This could, for example, involve a deepening of ties between the 53 members of the Commonwealth of Nations, which span across Africa, Asia, the Americas, and the Pacific.

For the time being many have nonetheless noted that nothing is certain given that the UK will in the coming months and years need to negotiate its future relationship with the EU, normalise its status at the WTO, and craft a programme of trade relations with the rest of the world.

“The only certainty in all this is uncertainty. Uncertainty on the markets and uncertainty over the future of trade relations between the UK and Africa, said Matthew Davies, editor of the BBC’s African Business Report, in a recent article.

The only certainty in all this is uncertainty. Uncertainty on the markets and uncertainty over the future of trade relations between the UK and Africa.

Having entered into numerous trade deals as part of the EU, the UK may now renegotiate and/or potentially start negotiations on over 100 different types of preferential trade agreements globally, many with African trade partners. An area likely to be closely watched relates to the Economic Partnership Agreements (EPAs) negotiated between the EU and the seven African, Caribbean, and Pacific (ACP) regions – including five African regional groupings. Once signed and implemented, these trade agreements are expected to become the cornerstone of trade relations between the EU and the African continent.

For these EPAs as with other trade deals more generally, experts have indicated that a potential option could consist of turning any agreement concluded by the EU into a UK trade deal with the same partner, essentially replicating existing arrangements.

According to Richard Baldwin, professor of international economics at the Geneva-based Graduate Institute, this approach would constitute the “…best outcome. When it comes to agreements with most developing nations, this may be possible.” This conclusion has been shared by others. Steve Barrow, Head of G10 research at Standard Advisory London, highlighted that African and British firms so not compete with each other for the most part, making this approach all the more plausible.

However, some commentators say that the uncertainty is likely to continue as deals take time to unfold, which could be a potentially damaging factor for African exports.

“Although it is unlikely that the UK will effect drastic departures in terms of trade deals with African countries, the process of re-negotiation will take a period of time during which African exports to the UK will be negatively affected due to the uncertainty in the limbo period,” said trade economist, Anzetse Were. 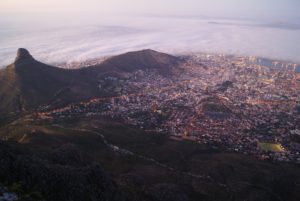 Several experts have cautioned that an economic slowdown within the UK could reduce the volume of imports from African countries as consumer demand decreases. Some have also said that, given the UK’s role as an entry point for African products into the EU single market, various businesses might need to adjust their export strategy should different rules, standards, and relevant regulations emerge as a result of the exit model eventually selected by London.

However, the UK is not the continent’s biggest trade partner considering it only represents about five percent of total African exports, according to Harvard University postdoctoral fellow Grieve Chelwa.

Some countries and sectors might also be more impacted than others. A few analysts have said that the African economies which could be the most affected are those who depend heavily on the export of some specific commodities.

Others suggest that uncertainty might impact investment flows from the UK to the continent. “From an African point of view, the immediate aftermath of Brexit has exacerbated problematic trends in international markets which have already hit the continent’s growth prospects,” writes Were.

Nevertheless, some commentators tending towards seeing the glass as half-full suggest that many African economies have already demonstrated the ability to adapt to global economic fluctuations, such as a recent slow down in some emerging economy trade partners.

A new pattern of engagement?

According to another group of experts, Brexit may not be bad news for Africa, but instead open alternative avenues for redefining engagement. James Duddridge, former UK Minister for Africa – prior to his resignation under the new UK leadership – suggested that a new chapter in UK-Africa relations could be beneficial for the latter.

“We’ll be able to focus more on our bilateral relationships with Africa and with our traditional partners,” Duddridge said. The ex-official also argued that without having to funnel aid through the EU the UK will be able to invest with greater efficiency in its global development efforts, especially in Africa, and contended that there could be a reassertion of the Commonwealth relationship. Duddridge said,

“There will be an ability to reassert our relationship in genuine growth areas, rather than simply looking to Europe.” 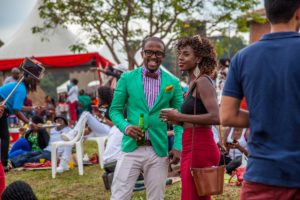 Economics lecturers based at the University of Witwatersrand, South Africa also suggested that the UK’s decision to leave the EU could open a new chapter for Africa relations, particularly through the negotiation of “more favourable agreements” with African partners generating new opportunities for various African stakeholders.

This view is shared by Anita Ntale, a research fellow at the Economic Policy Research Centre at Makerere University, Uganda. “It could even be argued that outside of the EU, Britain will have better trade agreements with Africa,” Ntale said in a national news article.

Various observers have commented on the potential implications of Brexit on development assistance. Since 2015, the UK has been part of the handful of developed countries that fulfil their long-standing commitment to devote 0.7 percent of gross national income to official development assistance (ODA). Notably, the country passed a bill last year which enshrines this commitment in law, becoming the first G7 economy to do so.

While some observers have said that the UK vote might lead to a more inward-looking agenda, or the “end of British outwardness,” as Amadou Sy and Mariama Sow from Brookings’ Africa Growth Initiative put it, many others are of the view that the country will not renege on its ODA pledges.

However, Brexit could impact the quantity of funds on hand for development assistance, especially towards Africa. If the country experiences a protracted economic slowdown as a result of its  decision to leave the EU, this would effectively reduce the amount of money available in aid coffers in absolute terms.

Some commentators have pointed to the British pound’s devaluation following the vote. “The pound dropped 10 percent after the vote, wiping £1bn (US$1.3 billion) off the UK’s nearly £12bn annual aid budget,” wrote Clár Ní Chonghaile, editor on the Guardian’s global development desk..

More generally, various experts have said that, with regard to development assistance and cooperation, the most important implication of Brexit perhaps lies in the UK’s loss of influence on European development policy debates. Ian Scoones, co-director of the ESRC STEPS Centre and research fellow at the Institute of Development Studies, argues that this influence has been particularly prominent “since the establishment of the UK Department of International Development in 1997 and the G8 Gleneagles agreement in 2005, and a commitment – amazingly across governments of different political hues – to a progressive aid agenda, particularly in Africa.”

Similar opinions have been expressed by others. According to Kevin Watkins, Executive Director of the Overseas Development Institute:

“The danger posed by Brexit is that it would weaken Britain’s ability to strengthen Europe’s role in addressing the global development, security and environmental challenges that threaten to derail the Sustainable Development Goals. That would be bad for the world’s poor,”