This two-part article written by Lorand Bartels, associate of TKE partner ICTSD, argues that the UK has independent rights and obligations as a WTO member, including those relating to the GATT 1994 and GATS concessions and commitments set out in the schedules that it shares with the EU and the other EU member states. It is difficult to identify the UK’s obligations in relation to EU-wide commitments that are expressed in quantified form. But ultimately this is an interpretive question which could end up in dispute settlement proceedings. The author therefore suggests that the UK take the initiative, and design new schedules that are clearly liberalising on these points. He also suggests that the UK submit these schedules as a rectification or, to avoid unnecessary dispute, as a combination of rectification and modification, for certification by the WTO Director-General.

It has become conventional wisdom that once the UK leaves the EU it will have to renegotiate its concessions for the General Agreement on Tariffs and Trade (GATT) 1994 and the General Agreement on Trade in Services (GATS), as well as its accession to the Government Procurement Agreement. For example, WTO Director-General Azevêdo has said that “[the UK] will be a member with no country-specific commitments” and Peter Ungphakorn on this blog wrote that the UK will have to negotiate new concessions with all other WTO members, who will hold a veto over the outcome.

In a recent paper, I argue that this is wrong. In my view, the UK is currently bound, in its own name, by schedules annexed to the GATT 1994 and the GATS, and will continue to be bound by these schedules after Brexit. Furthermore, I suggest that the UK should submit a separate schedule reflecting its formerly shared concessions and commitments as a rectification that does not reduce existing concessions and commitments. I also argue that, in accordance with customary international law on state succession, the UK has a right to succeed to the EU’s rights and obligations in respect of its territory under the plurilateral WTO Government Procurement Agreement.

In my view, the UK is currently bound, in its own name, by schedules annexed to the GATT 1994 and the GATS, and will continue to be bound by these schedules after Brexit. 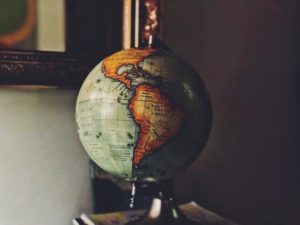 To understand the UK’s current commitments it is necessary to see how it became an original WTO member. This occurred via Article XI:1 of the WTO Agreement, according to which original WTO members had to have schedules annexed to the GATT 1994 and GATS  “for” them. This could happen in two ways. One was for a qualifying member to annex a schedule “for” itself. The other, which in fact only applied to the EU and its member states, was for a qualifying member to have a schedule annexed “for” it by another member. The reason for this second option was to enable the EU and the EU member states to be bound by schedules which, due to their shared sovereignty, they could not submit on their own behalf without violating their internal laws.

There was also a mechanism for annexing a schedule to the GATT 1994 “for” original members. Schedules were annexed to the Marrakesh Protocol to the GATT 1994,[1] paragraph 1 of which stated that

“[t]he schedule annexed to this Protocol relating to a Member shall become a Schedule to GATT 1994 relating to that Member.”

Deeming a schedule to be a part of the GATT 1994 is one thing, but it is the obligations to respect that schedule that are properly important. In this respect, the phrase “schedule relating to that Member” in paragraph 1 of the Marrakesh Protocol is important. This phrase makes a direct link to several provisions of Article II GATT 1994. Most importantly, Article II:1(b) GATT 1994 states that “[t]he products described in Part I [and Part II] of the Schedule relating to any contracting party … shall, on their importation into the territory to which the Schedule relates, … be exempt from ordinary customs duties in excess of those set forth and provided for in Part II of that Schedule.” Putting together Article XI:1 of the WTO Agreement, the Marrakesh Protocol and Article II:1(b) GATT 1994, it follows that products imported into UK territory must not be charged customs duties in excess of those set out in the schedule “relating to” the UK.

But Article II:1 does not say which member is responsible for performing this obligation. Usually, of course, it is taken for granted that this obligation must be performed by the member to whom the schedule “relates.” But could it be argued that, for WTO members “for which” another WTO member annexed the relevant schedule, the obligation in Article II:1(b) is to be performed by the member that carried this out? That would mean that the EU is responsible for performing the EU schedule in respect of UK territory.

was annexed, would be to make precisely such an illegitimate distinction. Finally, if this had been intended, there would have been no need to use the “for which” language in Article XI:1 of the WTO Agreement. This is also confirmed by the practice at least of the United States, which in the early days of the WTO named several EU members in disputes involving their shared EU schedules of concessions.

short, the schedules annexed by the EEC to the Marrakesh Protocol, as subsequently modified and rectified, must be considered to be the UK’s schedules for the UK is responsible under Article II of the GATT 1994.

For the GATS it is the same, though for somewhat different reasons. Article XI:1 of the WTO Agreement uses the same language of schedules annexed “for” WTO members for GATS schedules. But of the two options for effecting this (described above) only the first is possible, because Article XX of the GATS requires that “[e]ach Member shall set out in a schedule the specific commitments it undertakes under Part III of this Agreement.” Accordingly, the EU and the EU member states annexed a shared schedule to the GATS. Taking into account Article XX of the GATS and the 1994 Ministerial Declaration, it must also be the case that the EU and its member states are separately (and perhaps jointly) bound by all the commitments set out in these schedules.[3]

Two further points can be made. First, these commitments have the status of binding treaty law under Article II:7 GATT and XX:3 GATS, and they cannot expire unless the UK ceases to be a WTO member. The UK’s schedules will therefore continue to have effect even after it leaves the EU. Second, for other WTO members this is a good thing because, contrary to a popular misconception, there is no obligation to have a GATT schedule (as stated, there is an obligation to have a GATS schedule). Article II of the GATT applies when there is such a schedule, but nowhere does it require WTO members to have such a schedule, and nor is there such a requirement anywhere else. Nor can such a requirement be implied: indeed, that would undermine the freedom implied in the preambular reference to “reciprocal and mutually advantageous arrangements.” So at least for goods, the argument that the UK will have no commitments after Brexit would mean that the UK has no tariff commitments at all – and that it can quite happily remain that way. This is not the result that those making this argument assume.

This analysis has several main consequences, addressed in part II of this article. The first concerns the interpretation of the UK’s commitments as set out in the schedules that it shares with the EU and the other EU member states, especially with regard to the EU-wide tariff rate quota and subsidy commitments in the shared goods schedule. The second concerns the procedure that the UK should follow in formalising its existing commitments in a new schedule. The third concerns the position of the UK in relation to the Government Procurement Agreement.

Lorand Bartels is Reader in International Law in the Faculty of Law and Fellow of Trinity Hall at the University of Cambridge.

[1] The Marrakesh Protocol was made a part of the GATT 1994 by paragraph 1(d) of the two page document headed “GATT 1994,” now called the “language incorporating GATT 1947 and other instruments into GATT 1994.”

[3] The EU assumes “responsibility” for measures formally adopted by the EU member states. But international law makes a distinction between responsibility for performing legal obligations and “responsibility” (better called “attribution”) for measures (i.e. acts). Because the EU is also a WTO member, it is possible for the UK and the EU to be responsible for the same obligations and for the EU to be “responsible” (in the sense of attribution) for measures adopted by its member states (either because they act as its “organs,” or because it adopts these acts as its own).