According to the WTO Glossary, ‘schedules’ are the lists of commitments on market access (bound tariff rates, access to services markets) that are generally made by WTO members. More specifically,  the legal rights and obligations of WTO member states are set out in the texts of the WTO agreements, and in the schedules of concessions and commitments agreed to by each member. 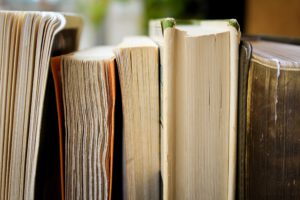 In the case of trade in goods, schedules of concessions set out in bound tariff rates, which are the maximum duty by tariff line that a member could impose on goods originating from other member states. The bound rate may exceed the actual applied Most Favoured Nation (MFN) tariff rate, which is the normal non-discriminatory tariff charged on imports, excluding preferential tariffs under free trade agreements and other schemes or tariffs charged inside quotas. This is the case for a number of developing countries; they chose to bind tariffs at relatively high ceiling levels at the conclusion of the Uruguay Round in 1994, but have since undertaken significant unilateral MFN tariff cuts since then. WTO members also have also undertaken commitments on the maximum levels of domestic agricultural subsidies and commitments to reduce agricultural export subsidies.

In the case of services trade, the General Agreement on Trade in Services (GATS) requires members to undertake a general obligation to provide MFN treatment to service suppliers to all trade partners. The GATS then defines four modes through which services can be supplied:

The relevance of the schedules for Brexit is that they represent the upper bound on trade restrictions that the UK and the EU can impose on each other in the event they do not strike a preferential trade agreement.

The fact that both parties have undertaken MFN obligations means that they cannot single out the other for increases in trade restrictions over and above those applied to other WTO members with which they do not have a trade agreement. The fact that MFN treatment is bound means that there is a general safeguard against a reversal to protectionist policies. 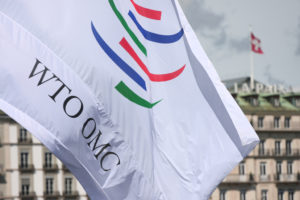 That safeguard is a lot stronger for goods because applied MFN rates are generally close to the bound rates in WTO schedules. In services, the gap is much larger. This is because GATS commitments were relatively weak when they were entered into; and the fact that they are more than 20 years old means they have not kept up with actual liberalisation on the ground. There is thus more room for policy slippage – though such slippage would need to occur across the board (for all members) rather than by the UK singling out EU partners, or vice versa.

While the UK is already a member of the WTO, it will need to have its own schedules of concessions and commitments certified once it leaves the EU.

For goods, this would likely involve reproducing the EU’s bound tariff commitments (unless the UK chooses to commit to zero tariffs). A more complex process involves determining the UK’s commitments on tariff-rate quotas in agriculture, and agriculture subsidies. The scheduling process here will involve negotiations with the EU and with other members and have already proved to be complicated.

Services schedules will involve taking EU commitments agreed for the EU as a whole, as well as those commitments applying to the UK.

The final certification of schedules (for both the UK and the EU) post-Brexit requires consensus from all WTO members, and hence can be a lengthy process. However, WTO case law on the matter is clear that temporary schedules have legal force: the UK (and the EU for that matter) can continue to operate within the WTO pending final certification.